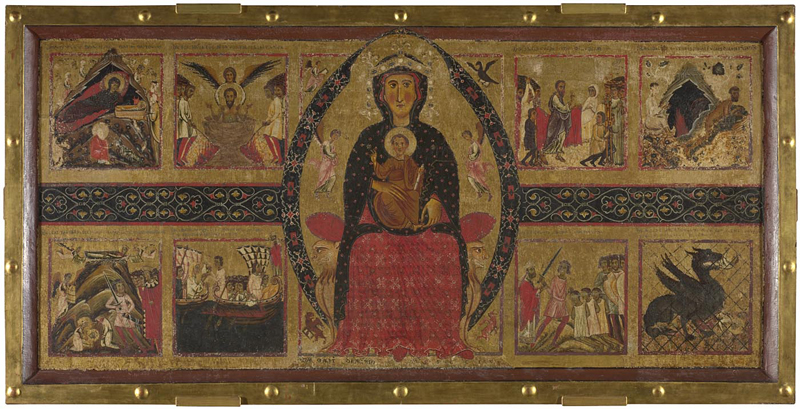 Saint Margaret of Antioch was the patron of childbirth and pregnant women. The Latin Catholic church honors her with a feast day on July 20th. Margaret resided in Antioch in Pisidia, where she is believed to be the daughter of a pagan priest. After the death of her mother, Margaret was raised by a nurse who was a Christian. Margaret grew to become a devout Christian. Olybrius, the local prefect, was enamored with Margaret and wanted her for a wife or concubine. Margaret refused, as she was chaste to God. Olybrius imprisoned her and tortured her cruelly. Margaret was eventually beheaded, after being swallowed by a dragon and enduring several other legendary torments. Margaret is one of the Fourteen Holy Helpers, and she spoke to St. Joan of Arc.